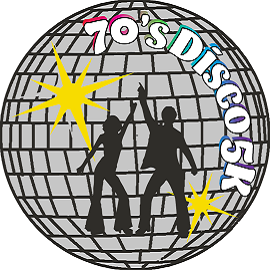 Disco, Funk, Soul, R&B, Pop, Hard Rock, Soft Rock, Punk Rock, and Easy Listening all carved their own unique place in the music world during the 1970’s.  Discotheques (or discos) appeared around the country, gaining more and more popularity, until even the radio stations had to copy the style.  Discos were made for dancing, with mainly a form of soul music being played with a strong bass and drum beat.  Barry White, Gloria Gaynor, and Van McCoy were popular artists within the disco circles.

The 1970’s were also a decade of some of the most popular and long lasting bands in music history.  Some of the most famous 70’s bands include The Beatles, Grateful Dead, The Bee Gees, Led Zeppelin, The Jackson 5, and many more.  So much of their music will live on forever and the 70’s Disco 5K is you opportunity to relive all the great music of this generation.  The 70’s Disco 5K will flash you back to the music, costumes, and images of the 1970’s